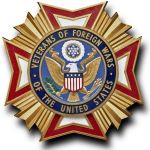 I was a previous AT&T UVERSE customer, when I purchased a new home this year I was going to move my services from my previous address to my new one. I found out that UVERSE was not available and was told that I could keep my internet and get DIRECTV. I was also told there would be a rebate if I did, so that’s what I did.

Unfortunately the service was horrible. Even though I was subscribed to the fastest speed available at the new address, I was only getting 8 to 12 mbps download speed which had a tremendous affect on DIRECTV. I was constantly getting error messages that said “please wait while your video buffers” or video playback is not available at this time due to slow internet speed".

I tried contacting support about it several times and they said that “any download speed of at least 10 mbps is considered acceptable”. I said it’s not acceptable if I’m paying for 18 mbps. Their solution was for me to change the internet plan I had, to match the speed I was getting. Which still wouldn’t address the fact that it was too slow for DIRECTV to function properly.

Then there’s the matter of the rebate. I was notified that I wasn’t “eligible” because the account to which it was associated to can’t be found.

After all that I decided to drop DIRECTV only to find out that you have to cancel within 24 hours, which is ridiculous because my internet wasn't installed until a week after DIRECTV was. There was no way to know that AT&T / DIRECTV wasn’t able to provide the service they promised.  That’s a terrible business practice and I shouldn’t be held accountable for it. Please do the right thing and clear the cancelation fee. Thank you.

Though now both owned by AT&T, Directv and your internet are separate services with their own service agreements. Internet speeds are "up to", though agreed if you cannot get more than the tier below what you are subscribed, that is an issue for your internet account. Directv makes no guarantee that On Demand will stream without buffering even above 10Mbps. On Demand is a free feature they provide with their service by satellite. So service agreement with Directv is not affected by your internet, no matter what company or speed.

As this is a customer to customer forum, no private information of yours is accessible here. So if you want an official response you can either call 1-800-531-5000 or try sending a private message to ATTDIRECTVCare by clicking the envelope icon in the upper right corner and then selecting new message.